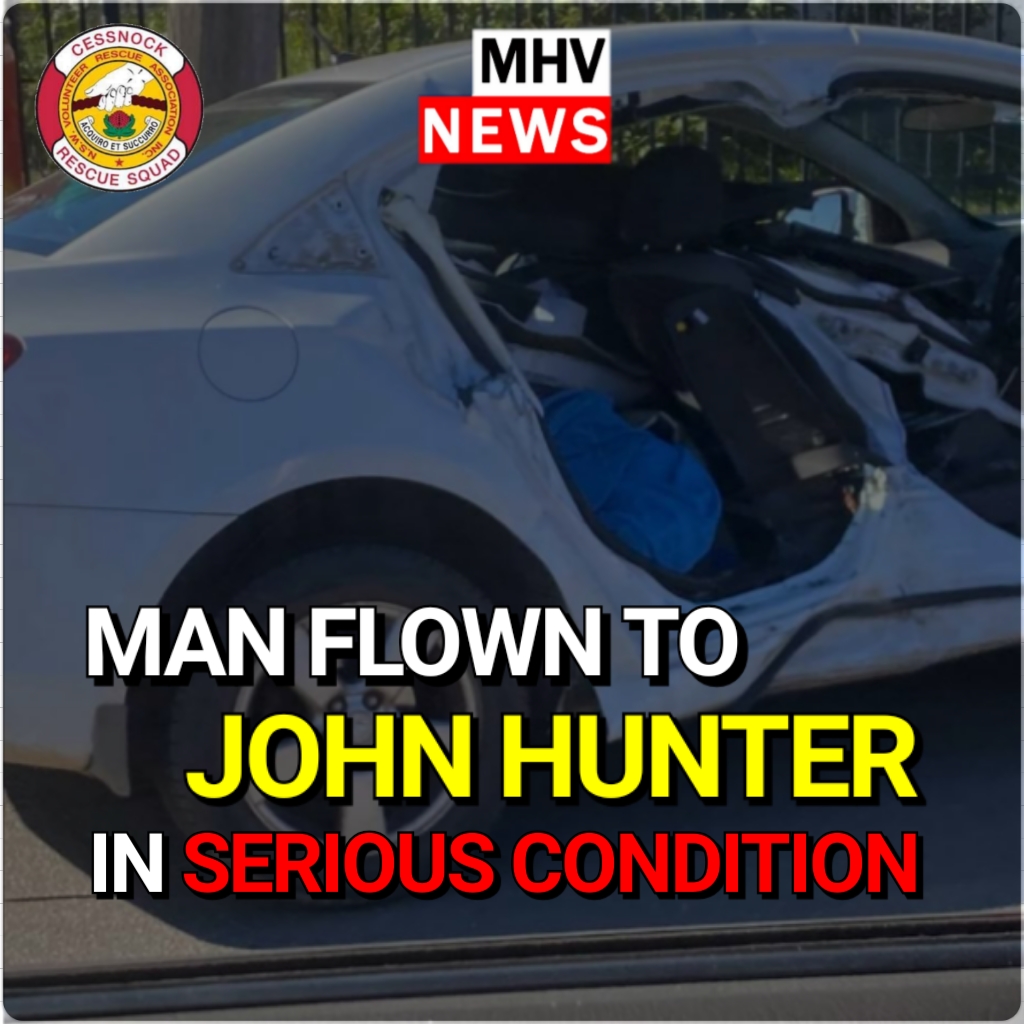 Emergency Services were called around 8:15am this morning after reports of persons trapped after two vehicles collided on Wollombi Rd.

The vehicle was severely impacted on the driver’s side trapping an elderly man in the vehicle.

Cessnock District Rescue Squad, Cessnock Fire and Rescue along with NSW Ambulance were tasked with freeing the man from the wreckage.

Upon arrival of the Westpac Rescue Helicopter and Critical Care Medical Team, treatment commenced of an elderly male. He was stabilized prior to being flown directly to the John Hunter Hospital.